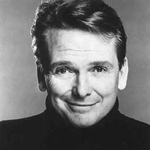 Bob Mackie was discovered by legendary costumer Edith Head in 1961 while working as a novice designer at Paramount Studios.  Mackie designed costumes for the Las Vegas Strip-based burlesque shows, Hallelujah Hollywood, which was inspired by the Ziegfeld Follies and ran at the MGM Grand from 1974 to 1980, and Jubilee!, which has been running since 1981.  Both productions involve intricate, elaborate costumes and grandiose sets.  Two of Mackie's best-remembered creations had a humorous aspect.  While working on The Carol Burnett Show, he designed a "curtain dress" that Carol Burnett wore in the Gone with the Wind parody, Went with the Wind.  He is often called the "sultan of sequins" or the "rajah of rhinestones", known for his imaginative costume designs. He has won nine Emmy Awards for his designs and was nominated three times for an Academy Award. Mackie has said, "A woman who wears my clothes is not afraid to be noticed."

There are no products listed under this category.